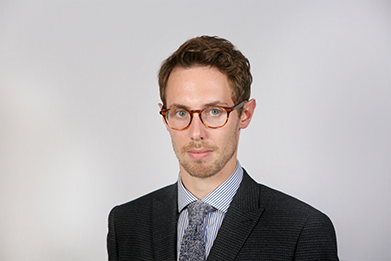 Luke has an enviable multifaceted practice, reflecting his wealth of knowledge, keen intellect, and comfort with complex factual matrices.  He concentrates mainly on the following areas:

Luke regularly represents professionals and corporate bodies in all manner of civil and commercial disputes.  He has recently acted in the following notable cases:

Luke has extensive experience in successfully representing claimants following negligent medical treatment. He regularly conducts conferences with experts, drafts detailed statements of case, and composes comprehensive schedules of loss. Examples of his clinical negligence work to date include cases of:

Luke regularly acts in cases whose value exceeds £500,000.  Instructing solicitors often comment that Luke brings real value to a case and his Schedules of Loss are of outstanding quality.  His recent work involved representing a young man who suffered a diffuse axonal brain injury, which settled for in excess of £1million.

Luke is quick to develop a rapport with clients and solicitors, and is happy to respond quickly to emails and calls from those who instruct him looking for a quick view or a second opinion.

When not working, Luke enjoys golfing and climbing as well as wowing crowds playing the Flugelhorn in a brass band.