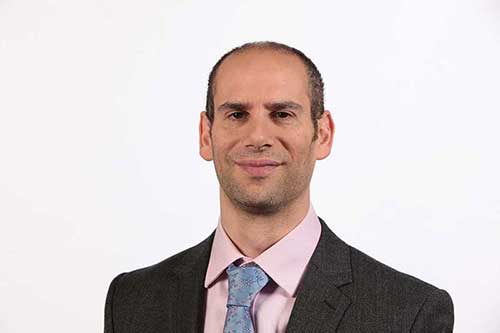 Michael was called to the Bar in 1999. He has been with Chambers since 2001. After many years in a road traffic, credit hire and accidents at work, he now predominantly represents claimants and to a lesser extent defendants in industrial disease and clinical negligence.

His current workload includes a severe stroke victim, an epidural 3rd degree burn victim and a child whose circumcision went badly wrong. He does a great deal of work with Claimants who have developed deafness through industrial noise exposure and vibration injuries from pneumatic tools.

He has a niche practice in non surgical cosmetic injuries caused by Botox, dermal fillers and the like. He has lectured to the Liverpool Law Society on this subject.

He often represents claimants at Limitation trial with a high rate of success.

Michael has always maintained a practice in housing law and in particular representation of social housing tenants. This includes anti-social behaviour based actions, unlawful eviction and housing disrepair.

He is a member of the costs team and is often instructed on detailed assessments where there is a technical point of law in issue.

He is a strong believer in the importance of knowing the Civil Procedure Rules better than ones opponent as the CPR itself can often clutch victory from the jaws of defeat.

He is known for his speedy return of paperwork and approachable manner. He works predominantly in the North West but regularly travels further afield.

Michael regularly provides training and seminars in-house for clients and to the local Law Society.

Michael is an accredited mediator and a member of the society of mediators and a panel member of ADR ODR International.

His Court experience goes to Court of Appeal level. Michael is married with two young children.