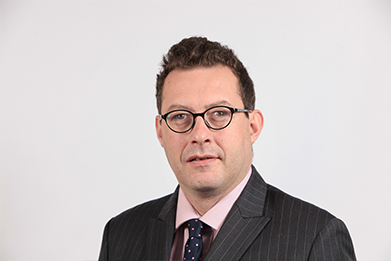 David Pilling was educated at the Universities of Sheffield, California at Santa Barbara and Manchester Metropolitan, and was called to the bar in 1999.

Prior to practice at the Bar he was a director of a legal costs company advising and representing major insurer clients and local authorities. He is now regularly instructed by both receiving and paying parties at first instance and on appeal in relation to all matters involving civil costs including increasingly costs budgeting hearings. As well as costs issues arising from personal injury and commercial claims David was extensively involved in costs litigation arising from the North West Child Abuse Cases group action and also has experience of dealing with the costs of receivers and trustees in bankruptcy in both civil and criminal matters as well as costs in planning and CPO related matters

Having had the benefit of a clinical negligence pupillage his predominantly Claimant clinical negligence practice now encompasses claims ranging from dental and cosmetic negligence through to maximum severity cerebral palsy claims, including attendance at inquests. David also handles pharmaceutical and product liability claims. He has a particular interest in claims which raise difficult questions involving consent and/or causation.

David has a niche practice in advising and attending CICA Appeals in relation to victims of historic child abuse involving claims up to and including the statutory cap of £500,000. He also has experience of appeals to the Upper Tribunal and to the Court of Appeal in such cases.