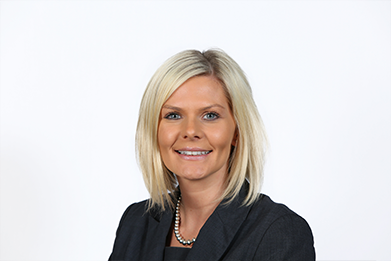 Holly-Ann graduated from Liverpool John Moores University in 2008 and was called to the Bar in 2009 by Lincoln’s Inn.

Holly-Ann has significant experience with road traffic accidents and personal injury claims including LVI, credit hire, fraudulent claims, occupier’s liability, employer’s liability and highways claims. Holly-Ann frequently advises and represents both Claimants and Defendants in interim hearings, applications and trials across all tracks.  Holly-Ann has delivered seminars in a number of areas of personal injury law and is happy to do so upon request.

As well as undertaking advocacy at hearing and trials, Holly-Ann is regularly instructed to draft pleadings, schedules, and advises in respect of both liability and quantum and she aims to return instructions within 7 days.

In addition to her personal injury practice Holly-Ann is also experienced in clinical negligence matters and regularly advises and drafts pleadings.

She is also a member of Chambers’ cost team and attends hearings and drafts replies to points of dispute.

Holly-Ann is happy to advise clients in conference at all stages of proceedings.

Prior to joining Chambers Holly-Ann was a legal assistant to a leading personal injury QC specialising in brain injury and spinal cord injury. During this time she was heavily involved in the notable case Noble v Owens [2011] EWHC 534 (QB).

Outside of Chambers Holly-Ann enjoys all things fitness, golf and clay pigeon shooting.

A decision of the Designated Civil Judge for Leeds and Bradford concerning the procedure to be adopted in conducting 44.16 applications where the case had discontinued.

“Holly-Ann is highly expertised and efficient especially with a quick turnaround with papers. She is dependable, tactical in terms of the advice she gives and has a good manner with clients”