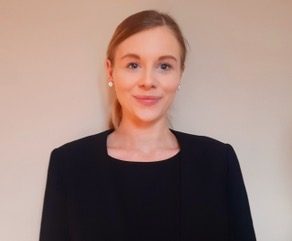 Ruth studied at the University of Leeds for her LLB and LLM, for which she received a distinction. She was called to the Bar in 2016.

Ruth has a strong background in personal injury, having worked for over two years as Legal Assistant to Gerard McDermott QC, one of the country’s leading personal injury silks. Ruth worked closely alongside Gerard and her work included legal analysis and attendance with Gerard at court hearings, conferences and JSMs. Ruth’s experience in personal injury was also furthered through her management of a medico-legal agency.

In addition to the above, Ruth has worked as a County Court Advocate, appearing regularly in small claims hearings, in a research role at the Tenant Participation Advisory Service and in internships with the Howard League for Penal Reform and Rights Watch (UK).